Get Director Mode in GTA 5 with cheat codes published by Max Edwards.

Have you ever dreamed of getting exclusive video feed from all areas of the GTA universe? Well, with the Director Mode on GTA 5, you’ve got everything at your fingertips.

The Director Mode feature makes it possible for you to engage in a video recording feed with several characters in your game.

You become able to make, edit and save videos from the game. Also, you’ll have better control over how the videos are recorded and edited than on previous GTA versions.

Such a feature goes a long way in helping you get the best video content from your game if you intend to watch/edit it later. Also, you have the ability to get more detailed playback features that bring the game to life when you’re going through your recordings.

The director mode is only available on PS4, Xbox One and PCs, as earlier versions such as PS3 below don’t have the feature. The GTA 5 Director Mode can be activated using the cheat codes down below.

Get in Director Mode with These Cheat Codes: 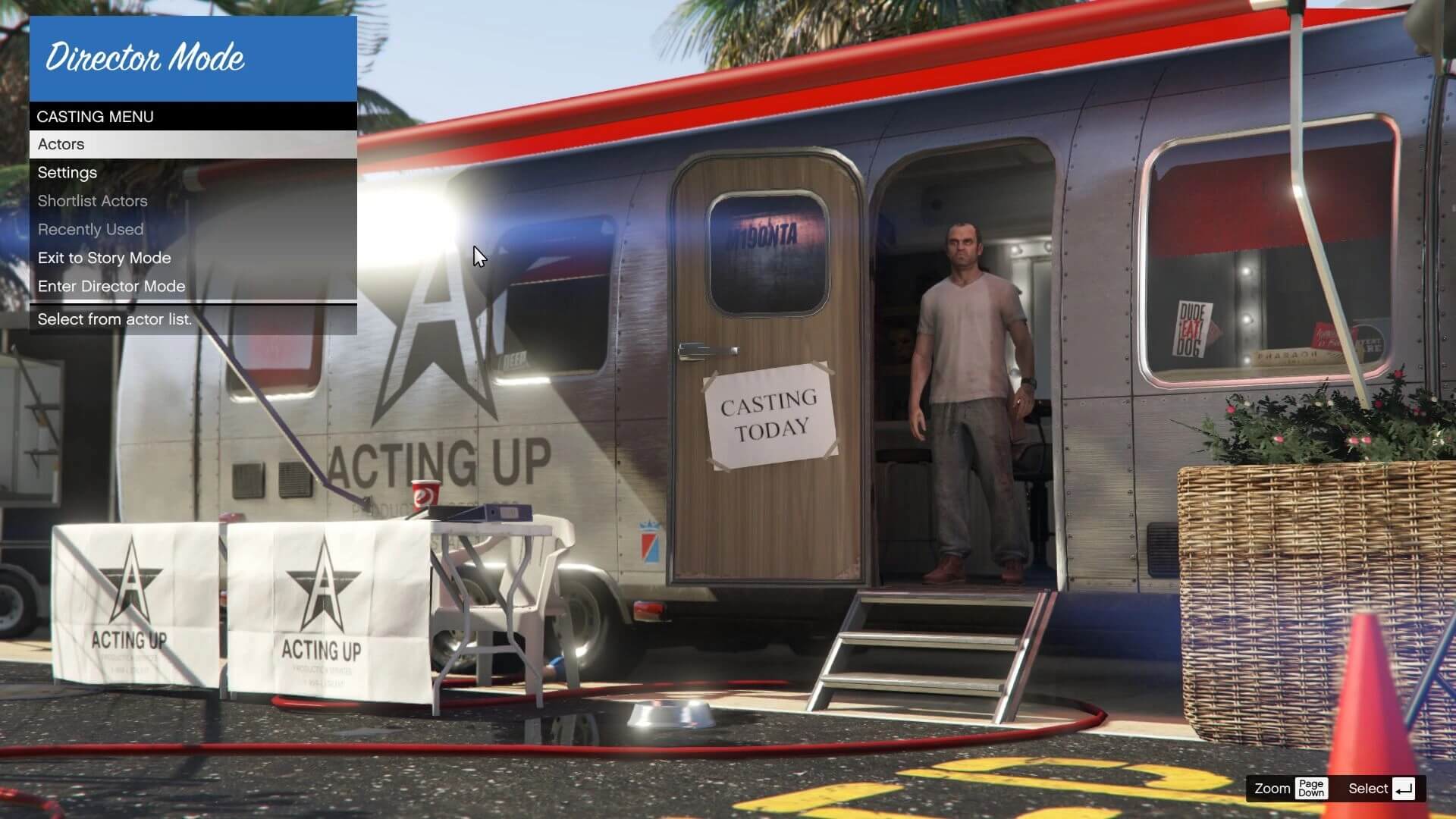 How to Spawn a Limo with Cheat Codes

For the director mode, there’s currently no combination to activate the Director Mode cheat code.

Use your PCs keyboard after hitting the diacritic key, enter JR TALENT.

Use the code above on your character’s cell to get the Director Mode active. This helps you get the codes activated on PS4 and Xbox One consoles.

GTA 5 begins with a heated storyline revolving around three main characters – Michael, Trevor, and Frank. These characters are embroiled in a criminal life that pushes them to involve in violent acts to survive.

The game is fast-paced and has all the effects gamers have been drooling to get. Action-packed sequences, no-holds-barred melee attacks, the fastest cars, exciting missions, and more are available to you.

After you’ve gone through the list of cheat codes of your choice (like the Director Mode), ensure you activate it to confirm that we mean business on GTA Cache. We’ve got the best cheat codes collection, and we have everything to prove it.