How to Host Casino Missions in GTA 5 Online

In the first six months of the year 2019, GTA 5 introduced a new update into the virtual world of gaming. In the real fact of the matter, this update is actually very long overdue. So many game players have been patiently waiting for the update. The update is basically the Diamond Casino.

You can also refer to the Diamond Casino as the Casino missions. This new release prompted, then and even now, many game players to quickly begin to make the best fun of it by trying to learn how to host casino missions in GTA Online.

I need to state categorically that many game players, both new players and experienced players are finding it very difficult to start and to understand how to host Casino Missions.

It is giving the game players a sleepless night. And that is the reason why I have taken it upon myself to pick my pen and write about how to host Casino Missions in GTA Online. 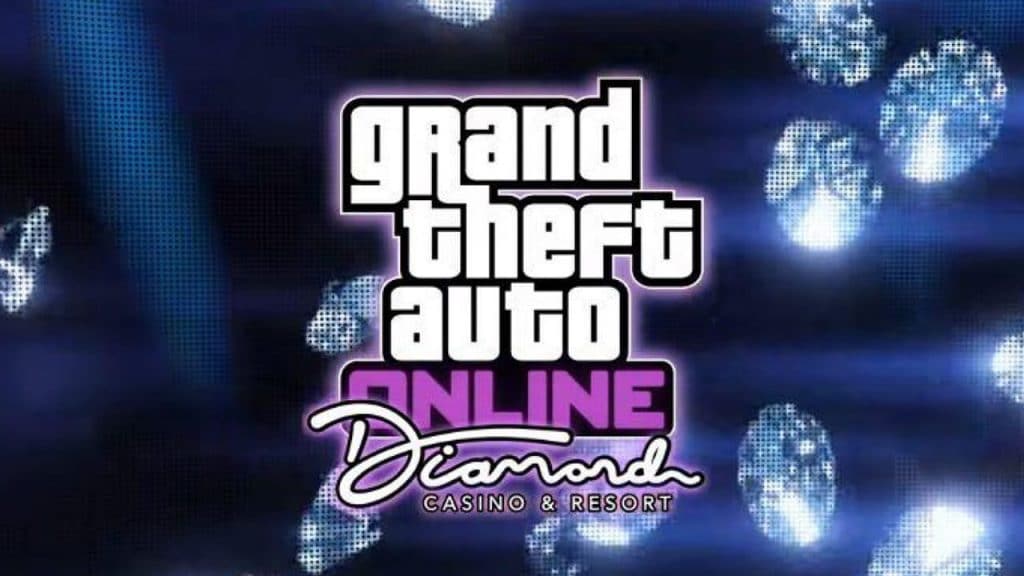 The Merits of the Diamond Casino and Resort

Once again, the emergence of the new update which is the Casino Missions or to simply put, the Diamond Casino and Resort, has brought untold fun and entertainment to the game players in the gaming world.

I will like to quickly mention some of the benefits that have emerged with the introduction on casino missions in GTA 5 Online.

The very first merit of the Diamond Casino and Resort is a fresh and blend of a series of missions including the Casino heist. The missions is one of the gaming concepts that is loaded with a series of entertaining but difficult tasks. In total, there are six distinct missions, which a player is expected to host and complete successfully.

Since there are six different missions in the Diamond Casino and Resort, these Casino Missions come with a special bonus reward in conjunction with a standard bonus for the price of successfully completing the six missions.

So, everyone strives to learn how to host Casino Missions in GTA Online since handsome rewards such as flashy cars are attached to it. 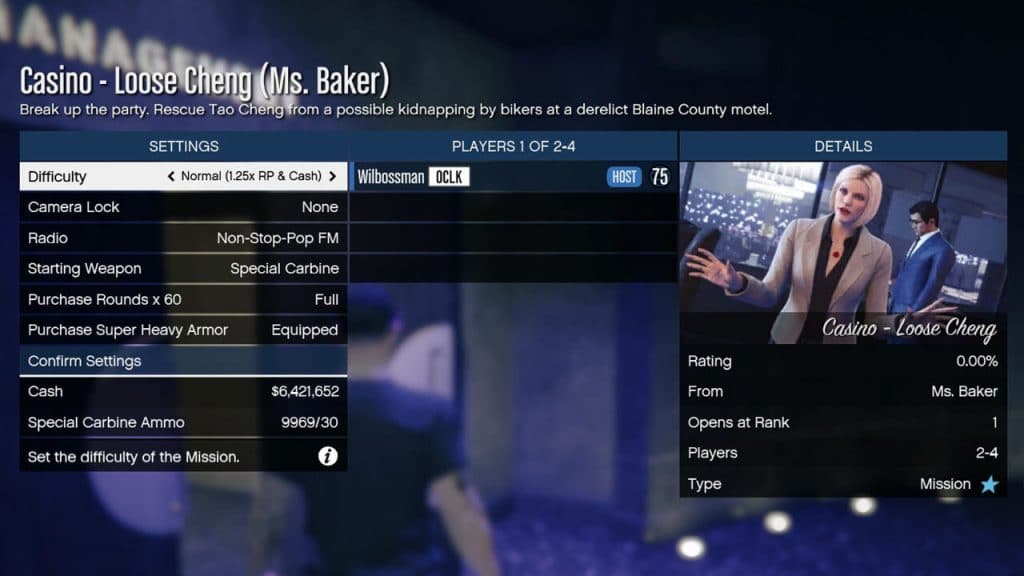 Let me also echo it again that the new update comes with six different missions with very great expectations from all game loving players.

The rewards that are associated with the missions will make each game player to keep trying. Each game player is expected to host all the six various missions completely.

It is good to quickly agree to the fact that hosting each of the six missions is very tasking, but you need to keep going but not giving up because that is just the spirit.

For the benefit of doubt, I will like to mention below the list of the GTA Casino missions as below:

You will be required to start, be the leader and then host all the Casino Missions that are listed as above.

After launching a Casino Mission, if you find out that you are appearing in a pre-mission screen, it only means that you are not a host but only joining another player’s host game. In this situation, just simply quit and then start again if you really mean business. 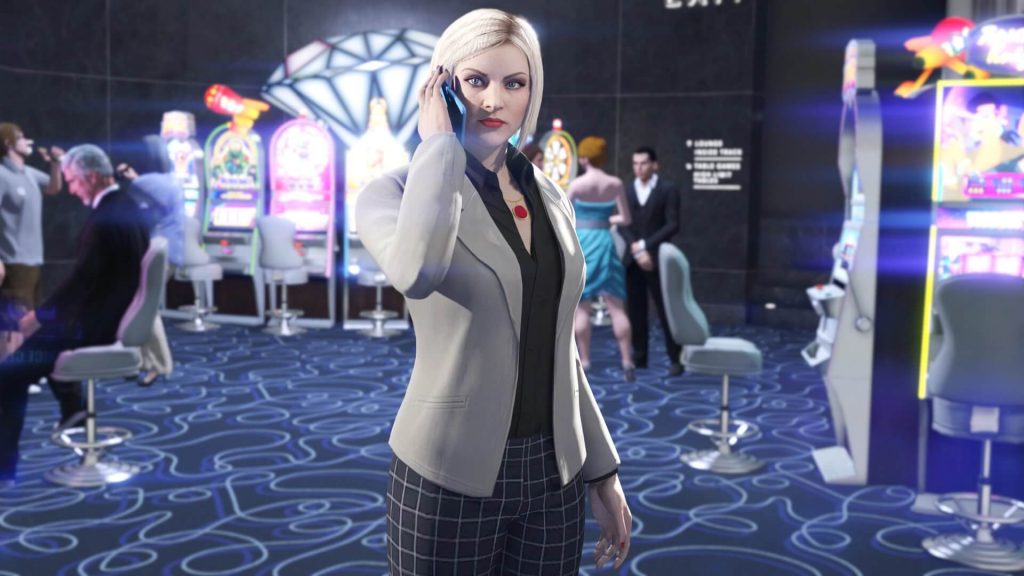 Taking a bold step in starting Casino missions is one of the very essential things on how to host one in GTA Online.

If you have paid to acquire the Master Penthouse, it means that you have shown yourself to be very important and that you are truly ready for the task ahead.

If you did not get the Master Penthouse for free of charge, it means that you have refused to do a specific thing. And this exact thing is that you are supposed to link your Rockstar Social Club Account with your Twitch Prime Account.

This linking is what is supposed to pave way for you to have a free property as you visit the Maze Bank for purchase.

After observing the cutscene, you need to patiently wait for a telephone call from Agatha Baker, the rightful owner of the Casino. The Casino owner will invite you to come and start your very first Casino Mission.

Some game players have taken the wait to mean that the GTA Casino Missions have some glitches, but this is nothing but a misnomer. You just need to be patient for the mission to fully commence. That is the way that the GTA Mission is built. 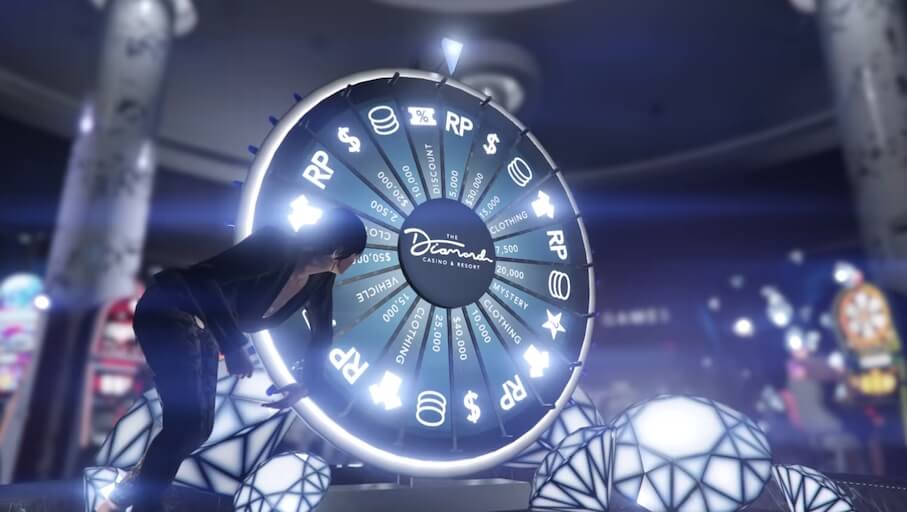 The concept that you will read here is by virtue of experience. I equally want to say that the concept has been tested and proven to be working very well. In this method, if you want to be the leader and at the same time want to be the host of a Casino Mission, you will be able to do that only by invite.

Therefore, when you launch a Casino Mission, you are supposed to be the host. But, if you find yourself in a pre-mission screen, what that means is that you are in another host’s game. So, what you should do is to quit and start the launch of the mission again.

Let us take a step further in our quest to know how to host Casino Missions in GTA Online. This method has nothing to do with the invitation. After following the steps above about successfully starting a Casino Mission, this guide will help to show how to host the Mission.

This method is actually only for console players.

Many game players make use of different devices to access the gaming platform, thereby making how to host Casino Missions in GTA Online a little bit cumbersome. But I am pleased that I have been able to dissolve the mystery.

I will specifically outline steps as below for those who make use of Personal Computers so that they can easily decode how to host Casino Missions in GTA Online.

Since you are now confirmed as the host, matchmaking will immediately commence and you can make it faster by sending invites to friends and others online.

Many game players are of the opinion that GTA V still boasts of more intriguing and interesting fun-loving games in future, even as we unravel the mystery behind how to host Casino Missions. Some game players, though may see these missions as normal but I like to treat it as secret missions.

Hope you guys enjoyed this guide on how to host casino missions.