Learn more about the new Casino vehicles by Linda Nichols.

GTA 5 Online will not stop surprising its teeming game players. The long time wait, rumor and surprise has a whole lot to do with the regular update on the Diamond Casino and Resort Heist. And the update on this is nothing but the injection of the new GTA Online casino cars.

Ever since the emergence of the famous and much expected GTA Online casino cars, the game has taken a new twist and a new turn all together. The game indeed is taking a new shape!

Therefore, if you desire to lavish your money on cars, you can load your garages with a lot of them once you have the financial power.

It is important for us to understand that these cars are for the crème-de-la-crème of the society. By this, I mean that the cars are for those who are rich and can afford the cars in the virtual world. You can also check out the locations of rare cars if that interests you.

The introduction of these casino cars will not only add spice to the game, it will also help the game players to as a matter of fact, quickly complete challenges or missions. 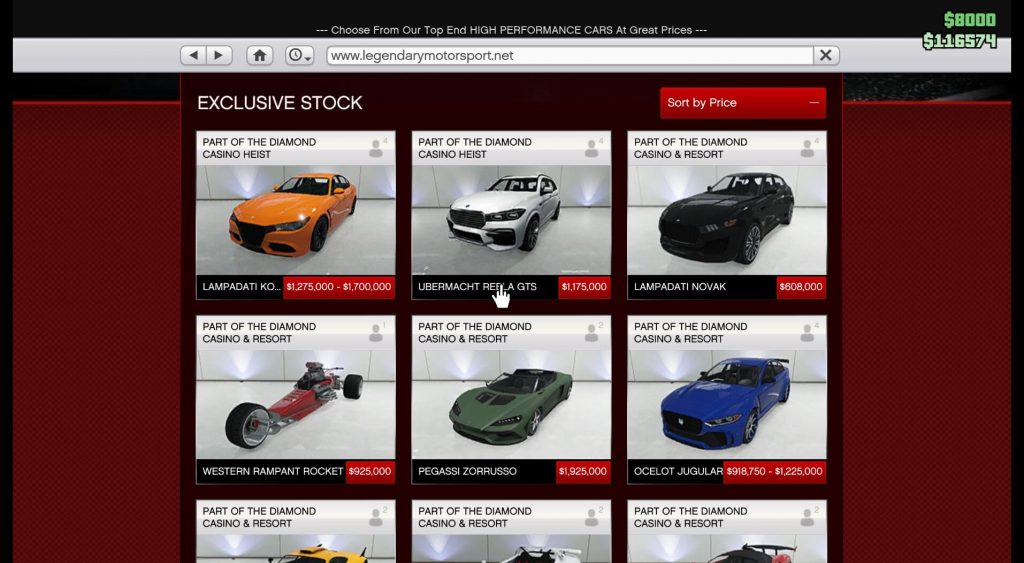 What is on the Wheel?

The GTA Online casino cars come with amazing surprises as it promised. When you finally get to the Casino floor, you must be ready to always pay rapt attention to the Lucky Wheel.

Do not forget to always spin the Lucky Wheel on the floor of the Casino. It has been noted that winning this Lucky Wheel is like 5% chance. So, try your hands on it every moment.

If you are so lucky to be a winner in this game of chance, then you will be freely entitled to a super car named Grotti Furia. This beast is actually one of the GTA Online casino cars that is super expensive. (If you need to make some extra cash, don’t miss our money making guide).

Aside from winning this car through the spinning of the Lucky Wheel, you can also be fortunate to be rewarded with a handsomely rewarding car discount.

This discount will let you save a large chunk of your hard-earned and ill-gotten money so that you can make use of the money for some other very naughty challenge or mission as the case may be.

Do not be too much in a hurry, but try to find out if you have been given a discount. This you can confirm by navigating to the “Interaction Menu”, then go to “Inventory” and finally to the “Lucky Wheel Discount” to affirm the status of your discount. 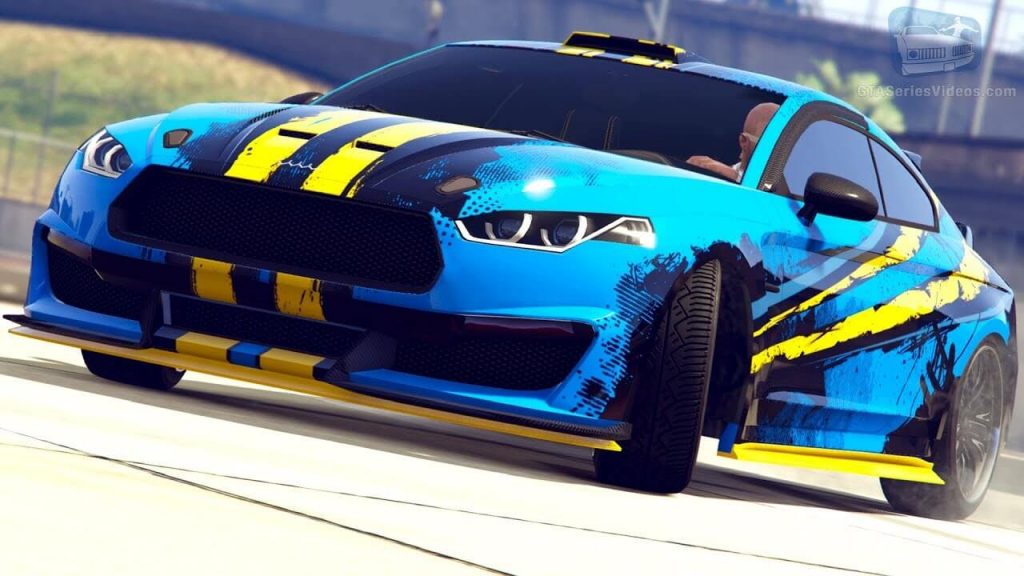 The 8F Drafter is a super car that has featured distinctively in the GTA Online casino cars as part of the Diamond Casino and Resort Heist. The inspiration of this amazing design is taken from the 2018 Audi RS5 Coupe.

When you consider the event of sports, this car can be rated as having very high performance. It is very excellent for racing activities. This car does not have a top speed, but it is gifted with a wonderful acceleration.

The 8F Drafter is highly recommended for the sporting category as it will definitely perform beyond expectation in this category.

This car has no armor but can be modified by virtue of upgrade to have different kinds or levels of armor depending on what your wallet can carry. The engine too can undergo a series of upgrade from level 1 to level 4.

The downside of the car is that it has no loss or theft prevention like a tracker. In addition to this, the turn signals are not functional at all. 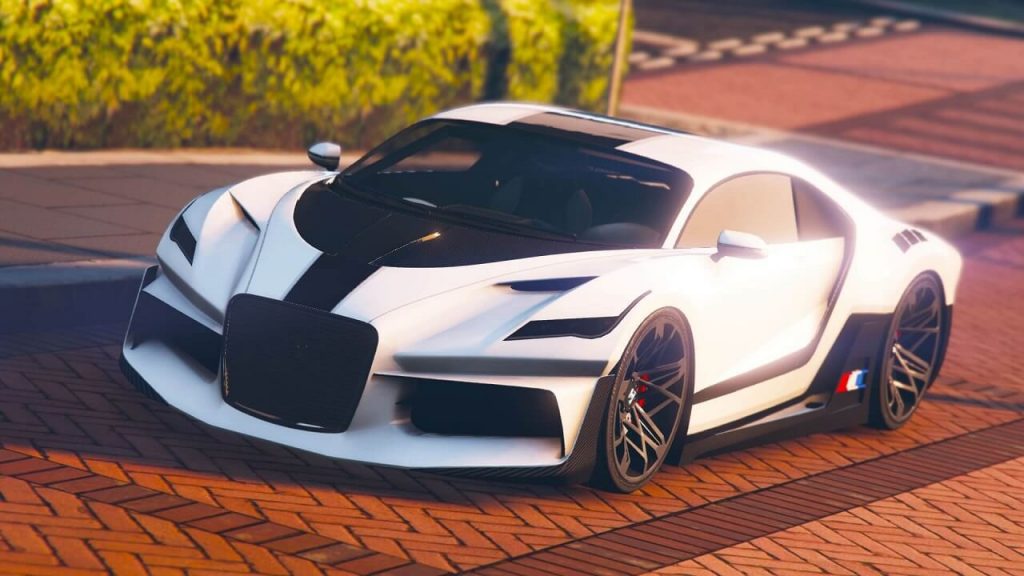 The Truffade Thrax is a hyper GTA Online casino car that was released with the emergence of the Diamond Casino and Resort Heist update. This car is modelled after the Bugatti Divo, which focuses on track.

The sides of this super car have close resemblance to the Bugatti Chiron.

It is also good to note the French flag sticker on the side of the car and this further cemented the fact that the car is actually based on the Bugatti Divo. In the same vein, the aesthetic of the headlight has close similitude to the early generation of the Audi R8.

The Truffade is a unique car of its own class with a wonderful body and a considerable amount of acceleration and top speed.

The Truffade has a way of maneuvering through a traffic with its remarkable handling. It comes with an engine which is also designed after the Bugatti Divo has an excellent performance with a seven-gear system.

The casino DLC cars are a brand of GTA Online which features the Annis S80RR as an update of the Diamond Casino and Resort. This super beast has been developed to carry out two things. The very first thing is to dominate racing events for a very long time in this era.

The second one is to make just a few concessions to the comfort and the wellbeing of the supposed driver. In summary, the Annis S80RR can be described as an endurance racer.

A racer is basically seemed to be modelled after the Nissan R90C while the headlights seem to take its own design after another car which is Jaguar XJR9. Several parts of the racer are modelled after one car or the other. For instance, the Annis S80RR shares a lot of design traits with the RE-7B.

Its aesthetic and elegance features keep attracting game players. Something very unique and classic about this beast is that it has only one seat and the seat is in front of the specially designed steering located at the center of the car as opposed to normal cars with the seat and steering at one side of the car. 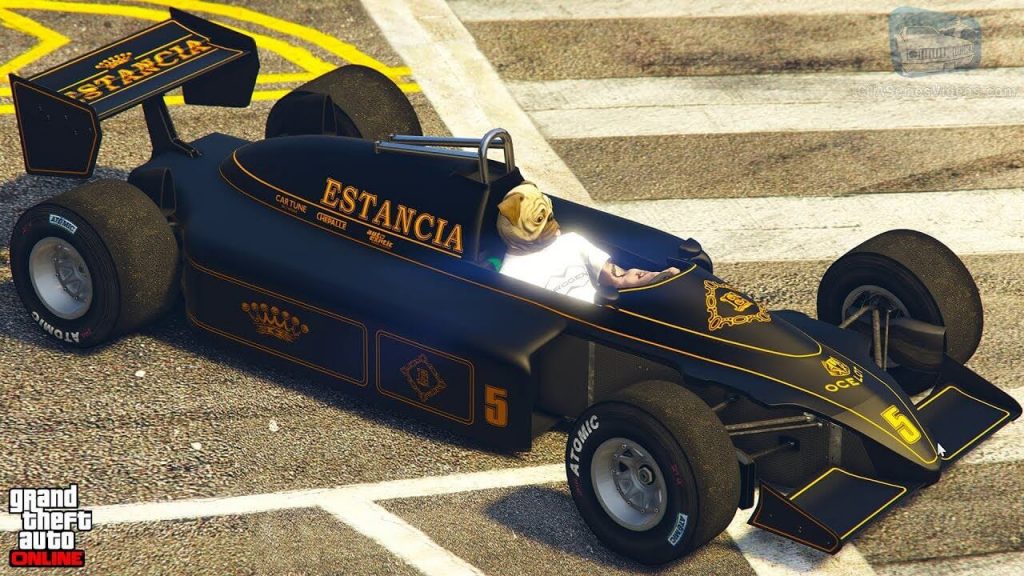 Ocelot R88 is one of the GTA Online DLC casino cars with an open wheel. The R88 beast seems to take inspiration from varieties of racing cars of the old era, but much more of Lotus 97T with the frontal features of the Alfa Romeo 179B.

This car features a low-profile design, narrow and having a very special rounded frontal view with the small wings in the front. It has an open driver compartment, rear wing, moderate size and a single tail light at the rear.

The whole underside of this vehicle is carbon plated. This racing car has a specially designed racing wheel, although it has a racing slick for the wheel as well.

Looking at the car very closely, it is painted with a primary colour meanwhile the wings are painted with a secondary colour. The interior of the car is a mixture of dialog and digital systems. The tires are designed to be bullet proof. 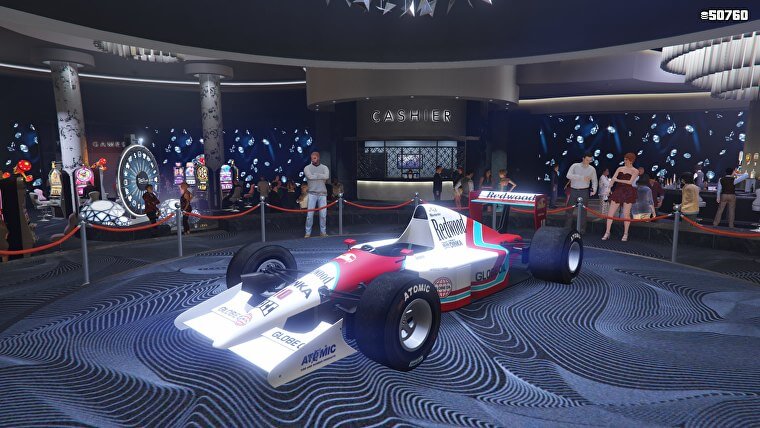 The Progen PR4 is a racing super car which comes with an open wheel. This car is one of the GTA Online casino cars that emerges with the Casino Mission Heist update.

Progen PR4 is a formidable car with unequal ruggedness and power with pleasant aerodynamic features all in one. This car has a classic design of its own and it is modelled after the 1991 McLaren MP4/6.

The Progen is a Formular One car with engine supplied by the Dinka Racing Division. This car, like the Ocelot R88, comes with a low-profile design, narrow, and have a unique front design with large dual wings.

The PR4 has an open driver compartment with a large rear wing and a single tail light. With a very close similitude with the Ocelot R88, the whole underside of this car is also carbon plated with its own custom racing wheel despite the racing slicks for the wheel.

The car is adorned with a primary colour meanwhile the surfaces of the wings are panted with a secondary colour. The interior of the car is also a combination of both digital and analog electronic system. 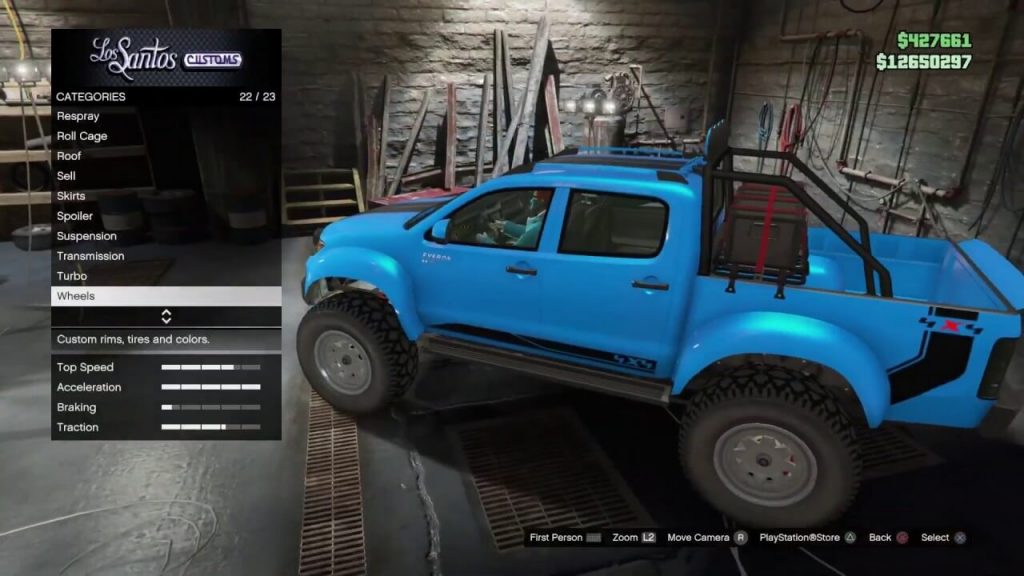 It is interesting to see that the Karin Everon finally made it to the Casino Heist Missions update. It is one of the GTA Online casino cars that is much loved and of course anticipated. The Everon may be described as a monster truck with extra sufficient torque to crush almost anything under its 37-inch mighty wheel.

This vehicle is a prototype of the Toyota Hilux Arctic Truck. The monster is also modelled after the Isuzu D-Max.

These 4 doors off-road truck is a civilian vehicle with a very bulky profile and a large bumper in the frontal view and also a chrome grille with the logo of the vehicle right at the center.

The car has what is called wide arches on both sides of the car as well as a large sizeable wheel with high profile tyres. This monster car has a very close similarity with a lot of cars in the GTA world, some of which are the Rebel, Rusty Rebel, Contender, Technical and a lot more.

Many game players have been highly attracted to it to deploy it to execute challenges or Missions, especially where some ordinary cars cannot rightly fit-in.

The Casino cars listed above are actually not detailed enough. The list has not been exhausted. But I will like to list some other relevant Casino cars that are also worthy of mention.

Rockstar Games has lived up to its expectation by working round the clock to ensure that it gives its teeming game players a worthy regular update.

The Diamond Casino and Resort Heist actually took the gaming world by surprise, despite the fact that the release is long overdue and the game players have long been expecting it. Now, it has finally come!

In the same vein, the gaming world earnestly waits for the future Casino cars that will be unleashed into the virtual world. We cannot wait to see that; it will be more fun.

The Casino DLC is indeed a game to play as it is regarded as the game of the century since the introduction of the cars. The price associated with each of the cars can actually be reduced under the condition that you must need to successfully complete the Diamond missions as a host.

And if you did not find yourself as a host, you can quit the session and start again until you become a Host and then strive to complete the Mission successfully. Thereafter, the prices of the cars will be considerably reduced for you.

The future release promises to be great as game players cannot wait to welcome the new ones.